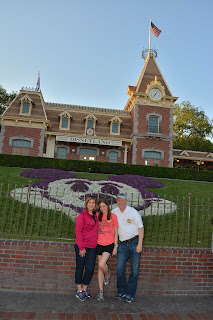 Entrance to Disneyland
2019 Walt Disney World Resort vacation packages were made available to book earlier this month. Now it’s time for Disneyland resort.  If you’ve never been to the original Disney park, it’s time to make the pilgrimage.  Before my first visit, I wasn’t sure how I’d feel about Disneyland.  How could you compare anything to Walt Disney World?  While not as expansive in size and scope, Disneyland has a magic that’s all its own. 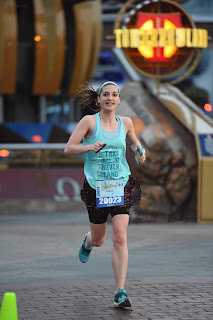 Running through Tomorrowland during the Tinkerbell 10K


Walking with Walt -There’s something so magical about walking down Main Street U.S.A. and knowing you’re walking in where Walt Disney himself walked.  Inspired by Walt’s hometown and turn of the century America, take your time walking right down the middle of Main Street U.S.A.  Read the windows and look inside all the shops, there’s hidden gems and magic everywhere you look. 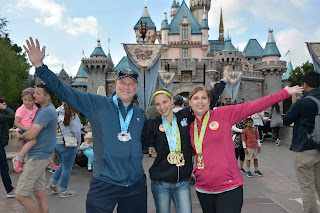 Sleeping Beauty Castle -While not as large or as grand as it’s Walt Disney World counterpart, Sleeping Beauty castle has its own kind of charm.  I love that it has it’s own walkthrough where you can venture inside the castle and see scenes from Princess Aurora’s story.
Better Versions of the Classics -There are some rides that appear on both coasts.  However, it’s worth riding these attractions in Disneyland even if you’ve experienced them in Walt Disney World.  Disneyland’s Pirates of the Caribbean, located in New Orleans Square not in Adventureland is significantly longer than WDW, has two drops and has more scenes and detail.  I think I rode this one 4 or 5 times when I was in Disneyland.  I couldn’t get enough!  I also have to give a special nod to Disneyland’s version of It’s A Small World.  The ride is both indoors and outdoors and is the one from the World’s Fair.  I also love the subtle incorporation of favorite Disney characters in their respective countries throughout the ride.  Even if you’re not a Small World fan (say it isn’t so), you should still experience the Disneyland version…it’s such a classic! 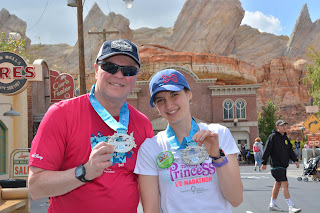 
Disneyland Exclusive Experiences: There’s tons of great rides and attractions that can only be experienced at Disneyland resort.  At Disneyland Park, you can experience the Matterhorn, Mr. Toad’s Wild Ride, Indiana Jones Adventure, Snow White’s Scary Adventures and more!  At California Adventure, there’s Cars Land featuring Radiator Springs Racers, the Incredicoaster, night parade Paint the Night, and the nighttime spectacular World of Color. There’s so much to see and do!
Convenience -Park hopping at Disneyland resort is so much more convenient when compared to Walt Disney World.  The parks are literally right across from each other and its less than a 5 minute walk to get to the entrance from one to the other.  The parks are also connected to Downtown Disney.  It’s super easy to see all your favorite things in one park day or park weekend. (Although, I recommend at least 3 days to explore Disneyland resort). 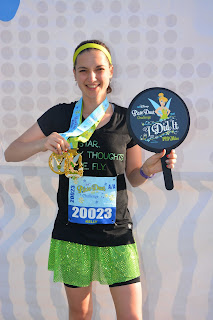 After finishing the Pixie Dust Challenge


I’m still waiting for the runDisney races to make their way back to Disneyland Resort.  I had so much fun participating in the Pixie Dust Challenge last year!

Have you been to Disneyland resort? What makes it special for you?
Planning a trip to the happiest place on earth? Let me help you make it your best adventure yet at no additional cost to you!  I’m an authorized Disney Vacation Planner with Magical Adventures Travel. I’d love to make your vacation your most magical one yet.  E-mail me at kellyp@magicaladventurestravel for your free no-obligation quote!