February 23, 2018
Since today is the Princess 5K in Walt Disney World, I thought I'd share my own experience with the event, two years ago in 2016.  We decided to do RunDisney's Princess Half Marathon weekend as a fun girls trip with my mom, my aunt and cousins.  Ann and I were registered for the 5K, my mom and I for the 10K and Katie and I for the half marathon.

The start time for the 5K was so early, just like all the other RunDisney events.  Ann and I got ready an headed to the buses and boarded the first RunDisney bus leaving Port Orleans French Quarter.  We got to the corral area so early that the characters weren't even out yet! (Now, the buses are better managed and this doesn't happen). So we decided to take a picture with this backdrop: 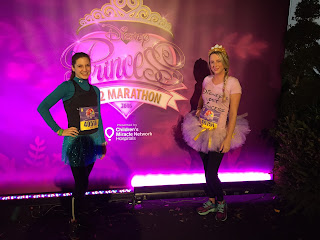 I was Ariel from "Kiss the Girl" and Ann was Rapunzel.
As we waited in line for another backdrop, the characters decided to come out.  It turned out we were in line for Sebastian. 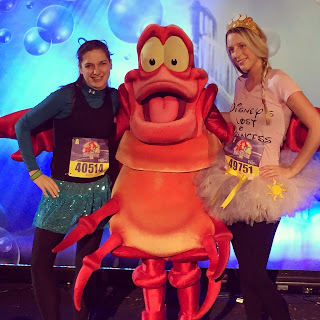 I was excited because he's super rare.  I've only ever seen him at the Half and Full of Marathon weekend this past year.
Before long, it was time to head to the corrals.  I managed to get pretty close to the start line. 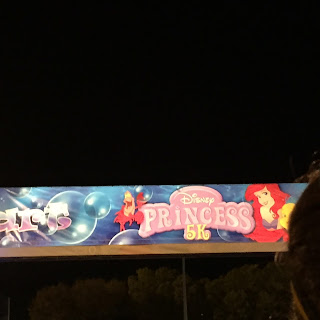 The featured princess for 2016 was Ariel.
There were lots of characters out.  This race has some of the most characters of the RunDisney 5Ks. 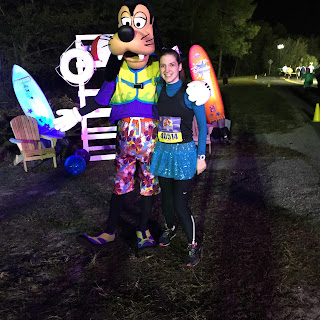 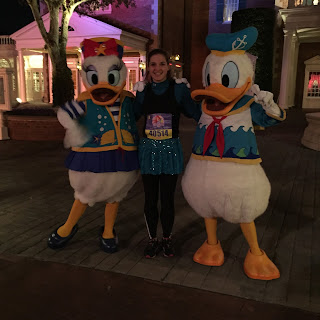 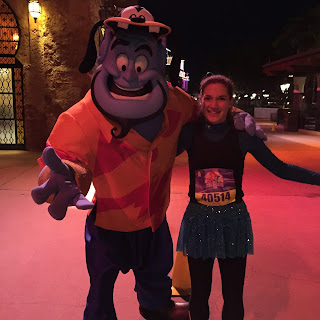 My only issue with the 5K is that it's over too quickly!  I love running through Epcot, though. 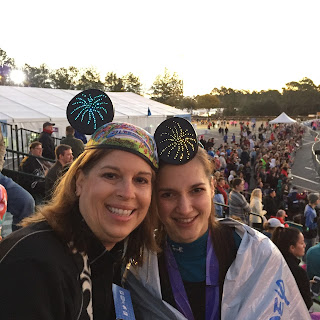 My mom and I waiting for Ann at the finish line.

Have you ever participated in Princess weekend?

Let me help you make the most of your next runDisney race-cation!  E-mail me at kellyp@magicaladventurestravel.com for a free, no-obligation quote on your next Disney vacation!