#TBT The Inaugural Star Wars Dark Side Half Marathon

April 19, 2018
I'm so excited for the runners experiencing this weekend's Star Wars Half Marathon -The Dark Side at Walt Disney World.  I was lucky enough to participate in this fun event in its inaugural year and Nicole and I had a blast with a long weekend at WDW.  This was our first Disney trip as a couple and we had so much fun!  For today's Throwback Thursday, here was our Star Wars Experience.

We took an early morning flight on Friday from Rochester and arrived at Orlando International Airport around 9:30AM.  The plan was to go to the EXPO and spend the day relaxing and exploring Disney Springs. 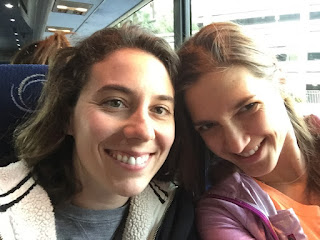 I ALWAYS make whoever is with me take Magical Express Selfies

We checked into Pop Century, headed to the EXPO, where I quickly got my packet for the half marathon.  We didn't spend time browsing the expo, we wanted to head to Disney Springs!  Our first stop at Disney Springs was to Earl of Sandwich for lunch where there was an enormous line, but it moved quickly. After our lunch, we headed to World of Disney, because it was decided that Nicole needed a pair of ears! 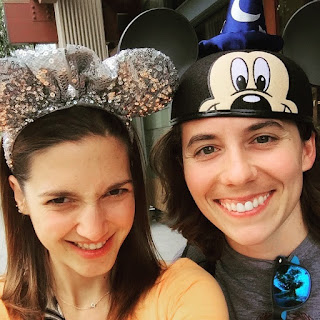 That's better!
We walked around Disney Springs, stopping at Starbucks for a quick drink while we listened to a high school choir perform.  That's one of the things I love about Disney Springs, you never know what you'll run into! 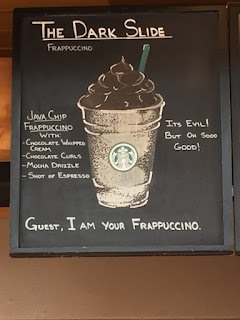 Specialty themed frappuccino for the weekend
We walked around some more.  We stopped inside the lego store to look at all the lego sculptures. 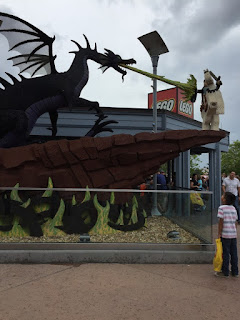 We decided to check out Splitsville, as we had some time to kill before our dinner reservation.  I wasn't sure if they'd have any lanes available to bowl, but we lucked out...we even just snuck under the time for their "early bird" specials.  We had so much fun bowling! 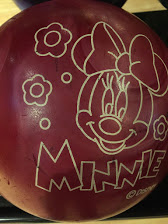 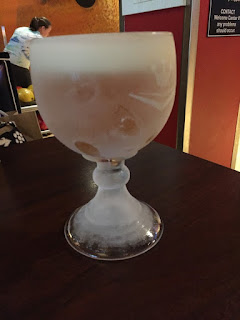 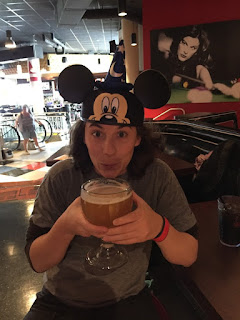 That's the face of someone on vacation!
After bowling, we headed to Portobello (now closed) for dinner.  I was a little apprehensive as this restaurant had received mixed reviews, but we had a great meal.  I loved my eggplant parm. 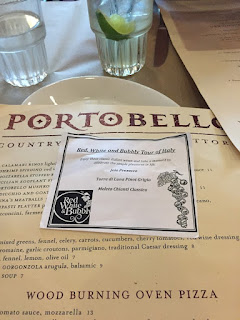 Soon we decided to head back to Pop Century to relax.  We ended up going on a walk around Hourglass Lake and over to Art of Animation.  It's a really nice walking path.  I particularly enjoyed all the signs with important events that happened each year. 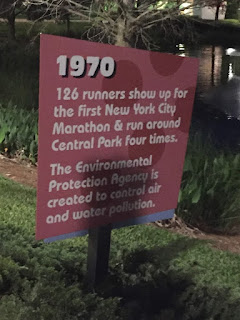 I saw the NYC marathon sign and couldn't resist a picture!
On Saturday morning, we got up early and headed over to Disney's Hollywood Studios for rope drop.  After, riding Rock and Roller Coaster a couple of Times, we walked through the park and ran into Captain Phasma! 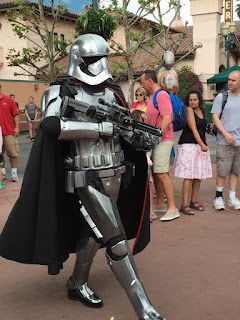 We were also able to enjoy Tower of Terror and Toy Story Mania with Fastpass+.  This is also a memorable trip because it's the trip where I learned that Nicole can not ride Star Tours.  I thought we were going to be down for the count for the day after that one, but she really rallied.  Dinner was at Hollywood Brown Derby and I finally got to try the famous grapefruit cake! 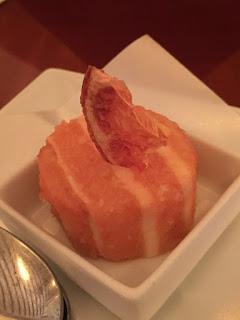 Yum!
As soon as Fantasmic! ended, we headed back to the resort because I had an early wake up call for the half marathon the next morning!
The inaugural Star Wars Dark Side Half ran the "reverse wine and dine" route, starting in the Epcot parking lot and finishing at ESPN Wide World of Sports.  This was the only time this course was run, and to be honest, it wasn't my favorite.  The new dark side course is fantastic though! 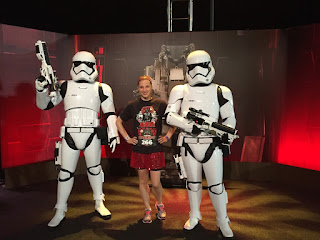 Hanging with the Storm Troopers before the start 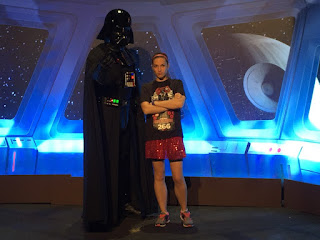 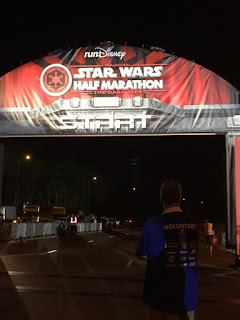 The Start Line
Before I knew it, we moved to the start line and we were off! I only stopped for one character during this race, but I made sure it was a good one: 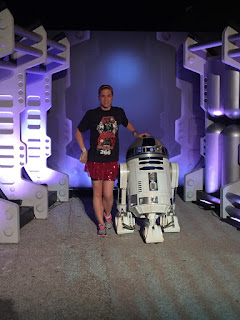 R2-D2!!!
One thing I really loved about this race was running through three theme parks.  I also loved the Star Wars music pumping though the course.  I could have done with the park time being toward the end of the race and not finishing at Wide World of Sports.  After running 13 miles, the uneven trail really bothered me.  However, I still finished!
After the race, we made our way to Magic Kingdom!  We fastpassed Seven Dwarves Mine Train, Space Mountain, and Splash Mountain.  This was also the last trip that I got to see Wishes, so it always has a special place in my heart for that! 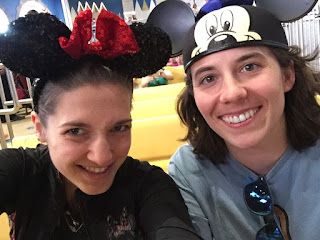 Small World Selfies are another thing I do.

Have you ever run the Star Wars Half?  What's your favorite thing to do in Disney Springs?